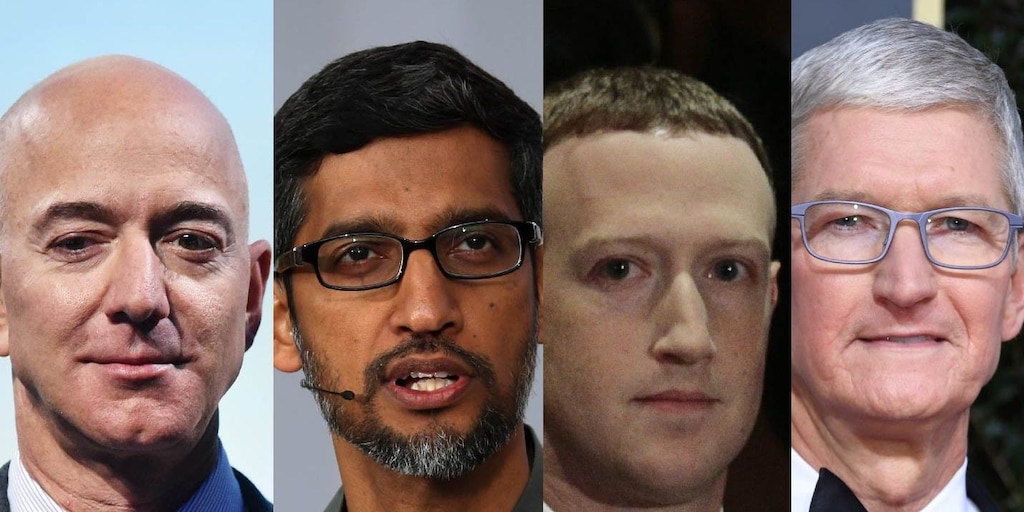 Facebook reported impressive revenue and said that performance in July looks strong despite advertising boycotts, sending shares up more than 9% Friday. Amazon delivered a record profit, and Apple beat Wall street estimates – the companies surged as much as 6% and 7%, respectively.

Read more: 200-plus money managers pay thousands to set eyes on Jim Osman’s stock buy list. Here are 2 he says are set to soar – and an under-the-radar IPO to keep a watch on

The better-than-expected results came just one day after the CEOs of the big four tech companies were grilled by the the House Judiciary’s antitrust subcommittee about their power, market share, and potential anticompetitive behavior.

The four firms are worth more than $5 trillion combined and are some of the most-valuable companies in the S&P 500, making up about one-fifth of the index.

This year, tech stocks have been major out performers – while the S&P 500 is roughly flat year-to-date, tech giants have outperformed. Facebook is up 23% year-to-date, Apple has gained about 39%, Amazon has risen roughly 74%, and Alphabet has increased nearly 13%.

Read more: RBC lays out 6 trades to make now ahead of a possible Democratic sweep in the elections – and explains why waiting until November is the wrong move