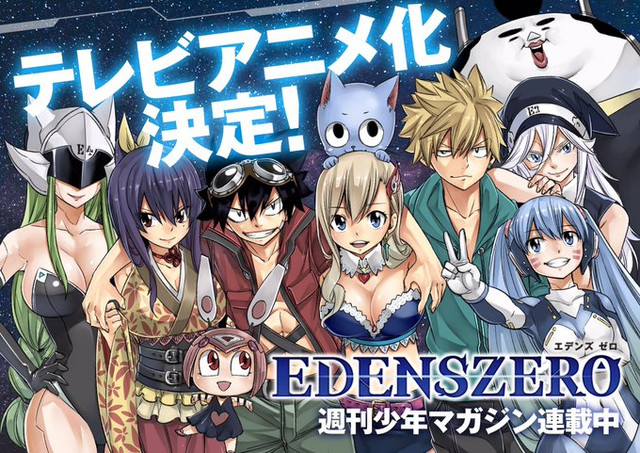 Following the announcement for its TV anime adaptation last week, the official Twitter account for Hiro Mashima’s fantasy battle shonen manga EDENS ZERO opens today. The account will offer the latest information about the manga and the forthcoming TV anime.

In commemoration of the TV anime project, the account has launched a special campaign. To join the campaign, you need to follow the manga’s official Twitter (@EDENSZERO_PJ) and retweet the specified tweet below between June 17 and 30. Five lucky winners will be able to get the manga’s first volume with Mashima’s newly drawn character illustration on their request.

Mashima also posted his comment on the TV anime adaptation:

“An anime adaptation is decided! I’m really excited to see the atmosphere of the Sakura Cosmos and the battle scenes using the Ether Gear. You can also look forward to it, everyone! And, how the voice of Happy will be?”