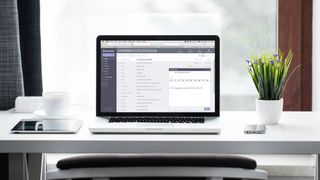 In an effort to provide consumers with more privacy-focused alternatives to Google’s products, ProtonMail has added a new encrypted calendar to its email service.

The company’s new ProtonCalendar is currently in beta and all paid ProtonMail users will now be able to access and use the new service that will be open to all users once it exits beta in 2020.

ProtonMail also launched its own VPN service back in 2017 called ProtonVPN as part of the company’s ongoing mission to help users better protect their privacy online. In addition to ProtonCalendar, the company is also planning to launch its own cloud storage service and office software to provide consumers with a privacy-focused alternative to Google Drive and Google Docs.

CEO of ProtonMail, Andy Yen explained how the company is the polar opposite of Google in a statement, saying:

“Our goal is to create and make widely accessible online products [that] serve users instead of exploiting them. Like ProtonMail, ProtonCalendar is engineered to put user privacy first, and in that respect we are the polar opposite of Google. With the launch of ProtonCalendar beta, we move one step closer to providing a full suite of services [that] can replace Google for users who want more control over their data.”

ProtonCalendar is tied to a user’s ProtonMail email account and the new service has a clean interface that allows users to view their calendar by month and day with color-coded event types.

The company’s new offering will be familiar to users who have used Google or Microsoft’s calendars before. However, ProtonMail had decided to put privacy at the heart of ProtonCalendar by encrypting event titles, descriptions, locations and participants so that neither the company nor third parties can view the contents of user’s calendar entries.

Businesses or consumers that are interested in encrypted email will likely also be interested in other privacy-focused products which is why ProtonMail’s decision to expand into calendars, VPNs, cloud storage and documents makes a great deal of sense.

If you’re a paid ProtonMail user, you can try out ProtonCalendar for yourself now while free users will have to wait a bit longer to test out the company’s new encrypted calendar service.

Infosnips Google Cloud can now store all your secrets